Meet The Top 5 Scary Symptoms Of Neurological Disorders, And How To Fix Them 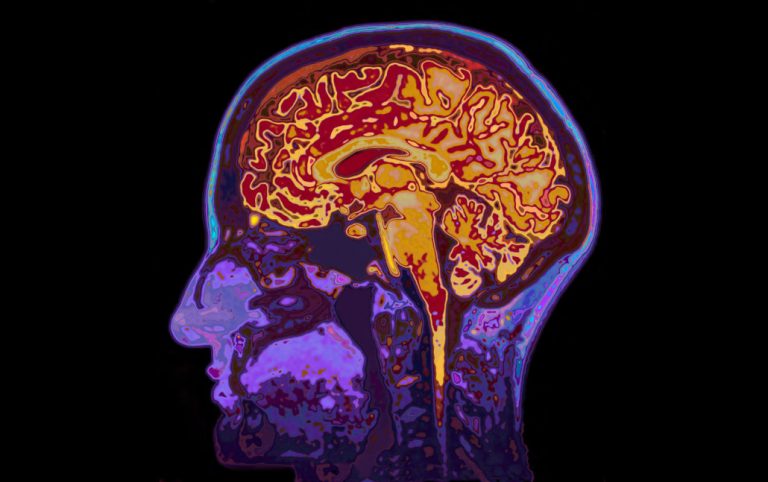 Savvy Ways To Fence Yourself From Neurological Disorders And Boost Your Brain Health!

Do you suffer from neurological disorders such as brain fog, depression, anxiety?

Have you gained weight that you can’t lose, no matter how little you eat or how much your exercise? Do you think this is just a normal part of aging?

Well…think again. Ground-breaking research has shown that these conditions and many more, are symptoms of neurological inflammation.

Symptoms of Neurological Disorders And Aging

Many of the symptoms of neurological inflammation, are ones associated with the aging process.

Consider this: What physical, mental and emotional symptoms come to mind when you think about aging? How about cognitive problems? Dementia? Fatigue?

And doesn’t everybody gain at least a little weight as they age?

And let’s not forget about physical illnesses. After all, it’s hard to escape the fact that your risk for almost every disease increases with age!

These symptoms have been considered normal parts of aging for so long that nobody ever stopped to question it.

That’s just the way it is, they said. But new — brand new — research is telling a different story.

It is telling us that neurological inflammation may be the cause of many of our illnesses or disorders.

Bodily inflammation has become a huge issue in recent years.

Doctors have discovered that inflammation contributes to many medical conditions, such as heart disease and diabetes.

Online articles instruct you to eat anti-inflammatory foods. Inflammation is BAD and to be avoided at all costs.

Inflammation is your body’s major weapon against foreign invaders, whether that is a wound or an infection.

The inflammation creates a protective wall around the injury or infection so that the immune cells can destroy any intruders and repair the damage. (If you’ve ever cut your finger — and who hasn’t? — you’ve seen this inflammatory response when the wound turns red.)

This Is Acute Inflammation, And It Goes Away As Soon As The Threat Is Gone

Inflammation is only dangerous when it becomes chronic, because it then increases your risk for many conditions.

The inflammatory response is not supposed to happen inside the brain because the blood-brain barrier is designed to keep bacteria and other pathogen outside.

However, if the blood-brain barrier is damaged — as appears to be the case for many people — it lets dangerous foreign substances into the brain’s delicate environment.

The brain controls every function of your body, so brain inflammation is a serious condition that needs to be correctly diagnosed and adequately treated.

What does brain inflammation do?

For starters, it shuts down energy production in brain cells, causing mental fatigue.

Your brain literally slows down because your neurons are firing slower! This degrades every system in the body.

So what most people think of as normal signs of aging are not only abnormal, but they symptoms of neurological inflammation.

​​​​​​​There are many varied symptoms of neurological inflammation. Here are 5 of the most common ones. 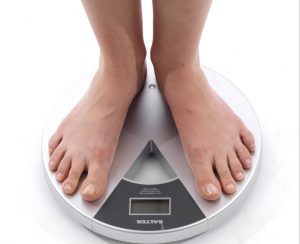 If you’ve experienced a slowed metabolism and weight gain as you’ve gotten older, join the crowd.

The hypothalamus, located in the centre of your brain, is responsible for balancing calories in and calories out.

The hypothalamus is regulated by the hormones leptin and insulin, and when the signals are sent and received correctly, you stay at a healthy weight, never becoming too fat or too thin.

But As You Age, You Start Gaining Weight Because The Body Is Getting The Wrong Messages From The Inflamed Hypothalamus And Your Hormones

Instead of working to keep you thin, they work to keep you fat, and it doesn’t matter how hard you try to lose the weight.

It won’t budge. Neurological inflammation, then, actually raises your set point weight, making it impossible for you to lose weight until this inflammation is healed.

So if you keep gaining weight as you’ve gotten older, don’t blame your age; blame your brain. Weight gain can be one of the symptoms of neurological inflammation. 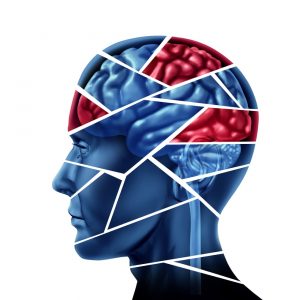 Brain inflammation is increasingly being recognized as one of the main factors in cognitive disorders, such as Alzheimer’s.

According to the Alzheimer’s Association, 5.7 million Americans are suffering with Alzheimer’s, a form of cognitive decline characterized by a gradual loss of memory and other essential mental functions.

And many studies are examining the link between neurological inflammation and Alzheimer’s disease, and the evidence is compelling.

For instance, one study published in the Journal of Neuroscience states that neuro-inflammation accompanies Alzheimer’s.

But just leaving Alzheimer’s out of the equation for a moment, the evidence is clear that…

…Brain Inflammation Impacts Cognition, And Not In A Good Way

It may also heavily contribute to the “brain fog” from which an estimated 60 percent of people suffer.

So, if you’ve been walking around in a daze, not able to think clearly, it’s not your imagination and it’s not your age. It could be in your brain. 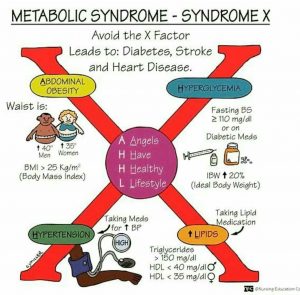 Metabolic syndrome is a cluster of symptoms that increase your risk for heart disease, diabetes, stroke and other health problems.

According to the American Heart Association, to receive a diagnosis of metabolic syndrome, you must have at least three of the following components:

Doctors have long known that having at least three of these symptoms significantly increase the risk of certain health problems, but nobody has been able to say exactly why this is so.

Recent research, however, may have an answer.

Several studies have proven that brain inflammation causes various components of metabolic syndrome, which leads to cardiovascular disease and diabetes.

Further, a study published in the International Journal of Endocrinology found that…

…that may lead to high blood pressure (a component of metabolic syndrome) which in turn may contribute to cardiovascular and kidney disease.

Based on all this research, there can be no doubt that neurological inflammation can contribute to heart disease, stroke, diabetes and other diseases. 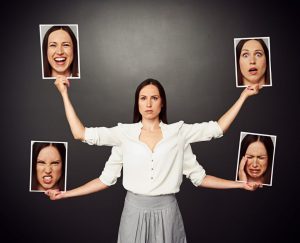 Mood disorders are a big problem for many people, and a public health issue for many countries, including the United States. Just look at some of the statistics on various mood disorders in the U.S.

– 40 million adults, or 18.1 percent of the population, suffer from an anxiety disorder. (Source: Anxiety and Depression Association of America.)

– In 2016, suicide, commonly spurred by depression, was the tenth leading cause of death in the United States. (Source: Centers for Disease Control and Prevention)

Indeed, a study published in Neurology Journal showed that those who had higher amounts of brain inflammation had higher levels of depression and anxiety.

No More Symptoms Of Neurological Disorders?

​​​​​​​The only way to say “goodbye” to the symptoms of this disorder is to heal the inflammation. There are four ways you can do that: eat a healthy diet, de-stress regularly, avoid environmental toxins, and get enough anti-aging super nutrients. Here are some easy steps to get started today.

​​​​​​​​​​​​​​The standard western diet of carbs, sugar and processed fats has been shown to cause brain inflammation. A large segment of the population eats junk foods, so it’s no surprise neurological inflammation is such a big problem. The way to reverse this inflammation is to start eating healthier foods.

​​​​​​​Eat foods as close to their natural state as possible. That means shop the perimeter of the grocery store, selecting fresh or frozen vegetables and proteins.

Cut back on pre-made and pre-packaged foods. Instead, purchase whole foods and prepare most of your meals yourself, at home.

The SANE Plate: Try to eat non-starchy vegetables, nutrient-dense protein, and whole-food fats at every meal.

Clinical research studies have long shown that stress contributes to many health problems; now, there is one more to add to the list — neurological inflammation. In fact, research has shown that stress is linked to brain disorders, such as depression and memory loss.

This means stress could actually be doing long-term damage to your brain.

To protect your brain, and heal the inflammation, it’s important to find time to de-stress regularly. Here are a few easy ways to do that.

– Go out to a comedy club with friends. (Laughter has been proven to reduce levels of the stress hormone cortisol.)
– Take a leisurely stroll in the park.
– Take up yoga or meditation. Both are great ways to relax your mind.
– Join a hiking group. (Exercise and fellowship with like-minded people are great ways to relieve stress.)

​​​​​​​You can’t avoid toxins in your environment. They’re all around you.

Pesticides on plants. BPA in plastics. Asbestos from crumbling buildings. Pollution in the air. Antibiotics in the meats you eat.

Though you can’t totally avoid them, there are some steps you can take to minimize your exposure to them as much as possible.

– ​​​​​​​Eat organic produce, and free-range, organic foods.
– Stay away from processed foods as much as possible.
– Avoid using air fresheners, dryer sheets, and fabric softeners
– Use natural cleaning products in your home.

Research has shown that these four ​​​​​​​brain-boosting nutrients are essential to healing brain inflammation: folate, citicoline, CoQ10, and L-Carnitine.

Essential for cell generation, DNA copying and much more. Most people lack the enzyme needed to absorb enough folate. And even those who do have the enzyme are not able to get an adequate amount of folate because folate in food is rapidly lost during processing.

Crucial for neurotransmitter function and cognitive performance. You’d have to eat more than a dozen eggs to get an optimal amount of citicoline. Research has shown that taking folate and citicoline together is essential for brain health.

Nicknamed the “universal antioxidant.” It destroys free radicals that cause heart disease. Not all forms of CoQ10 are effective. You want to make sure you take a brand that has superior bioavailability, guaranteed absorption, and 24-hour timed release for around-the-clock protection.

Moves fatty acids into the mitochondria where it’s used for energy. It helps burn fat. Research has shown that taking carnitine and CoQ10 together, in the right doses, supercharges their effects and reduces brain inflammation.

One way to ensure you get all these brain-boosting, anti-aging super nutrients is to take an exclusively packaged family set that has been designed to boost your metabolism on a daily basis using the patent protected transfer factor technology.

This pack contains a number of highly powerful dietary supplements clinically proven to be up to 7 times more effective than any average supplement found on store shelves or pharmacies.

This package contains all anti-aging super nutrients, in the right combination, moreover they are designed to support optimal health and therefore heal neurological inflammation.

In short, while the symptoms of neurological inflammation are indeed scary, the science of lifestyle change plus super-nutrients like those you are shown here below are indeed exciting!

Click Here To Find Out – REST OF THE WORLD!