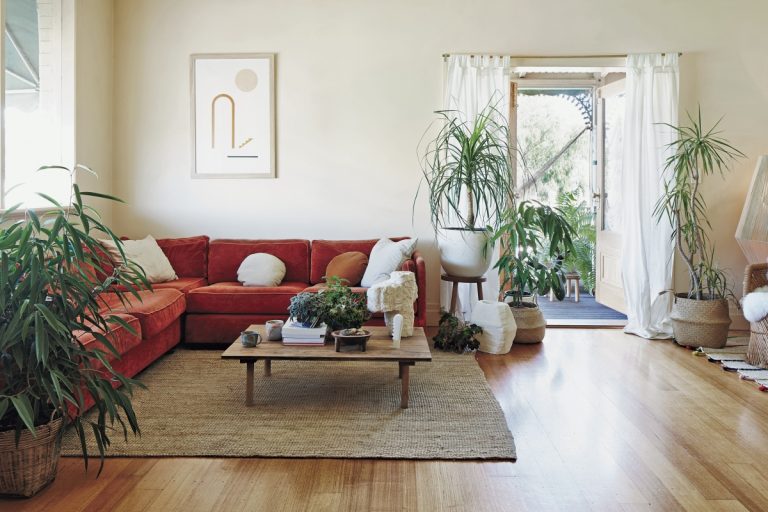 Indoor air pollution sources have been rising up since the usage of chemical products began spreading like wildfire after world war 2.

Indoor air quality refers to the quality of air within the buildings and structures where you live.

Understanding how to control common pollutants may help reduce your risk of immediate and long-term health effects.

The American Lung Association maintains a list of common pollutants with a negative effect on your health.

It may be responsible for more deaths than many other risk factors. Such as malnutrition, physical inactivity and excessive alcohol use.

The State of Global Air report 2019 suggests China’s efforts to fight air pollution are showing the first signs of progress. Even as South Asia continues to lead the world as the most polluted region.

Unfortunately, air pollutants may be 100 times more concentrated inside than they are outside.

As you are dependent on the quality of the air you breathe to support your respiratory system and overall health. Paying attention to your indoor air quality is one step in helping you maintain optimal health.

According to the Environmental Protection Agency (EPA), poor indoor air quality is one of the top public health risks you face each day.

Plants Don’t Have A Large Impact On Indoor Air Quality

While past research has demonstrated indoor plants help to filter some pollutants from indoor air, including an often-quoted study from NASA, other research suggests that while plants offer other health benefits, they may not be as effective at cleaning the air as was once thought.

Luz Claudio, researcher and tenured professor at the Icahn School of Medicine at Mount Sinai in New York, reviewed much of the current and past research finding.

There was no question plants were capable of removing VOCs and toxins from the air under laboratory conditions.

However, In The Real World, Incorporating A Few Plants May Not Purify The Air And There Isn’t Much Hard Science To Back It Up

Most of the studies used indoor plants in sealed environments. But did not extend the studies to functional ways in which they might be used in the home.

Stanley Kays, Professor Emeritus of horticulture at the University of Georgia co-wrote a study on the ability of 28 ornamental plants.

These plants were commonly used for interior plantings to remove volatile indoor pollutants, including benzene and toluene.

The plants were purchased from commercial sources, the roots washed and the plants re-potted.

Testing was done under laboratory conditions in which the plants were placed in gas-tight glass jars and the gases introduced.

Of the 28 species tested, four had superior removal efficiencies for each of the tested compounds. Those plants were:

Indoor Air May Be More Polluted Than Outdoor Air

The amendment also addressed acid rain and toxic pollutants affecting the ozone layer. To be compliant, massive decreases in gas emissions were mandated.

And three major chemical contributors to the depletion of the ozone layer were phased out of use.

The New Yorker reports that since the 1970s, emissions of many gases have fallen by 50% and particulate counts by 80%.

While This Is A Significant Victory, The Reality Is Most Americans Spend 90% Of Their Lives Indoors

Unfortunately, those who are more susceptible to the adverse effects of air pollution, such as the elderly. Those with cardiovascular or respiratory diseases or the young, will tend to spend even more time inside.

In recent decades, energy-efficient building construction has reduced mechanical ventilation. And also adequate air exchange, increasing the concentration of gases that may be found in buildings.

Additionally, builders are increasing their use of synthetic materials. And homeowners are furnishing their home with carpeting, personal care products and materials that off-gas toxic fumes.

Household cleaners, paint and glue products and even your electronic devices all contribute to poor indoor air quality.

Less frequently, outdoor air pollutants may enter a building and contribute to poor air quality, such as harmful smoke from chimneys and volatile compounds from combustion engines.

However, unlike outdoor air, indoor air quality is largely unregulated. 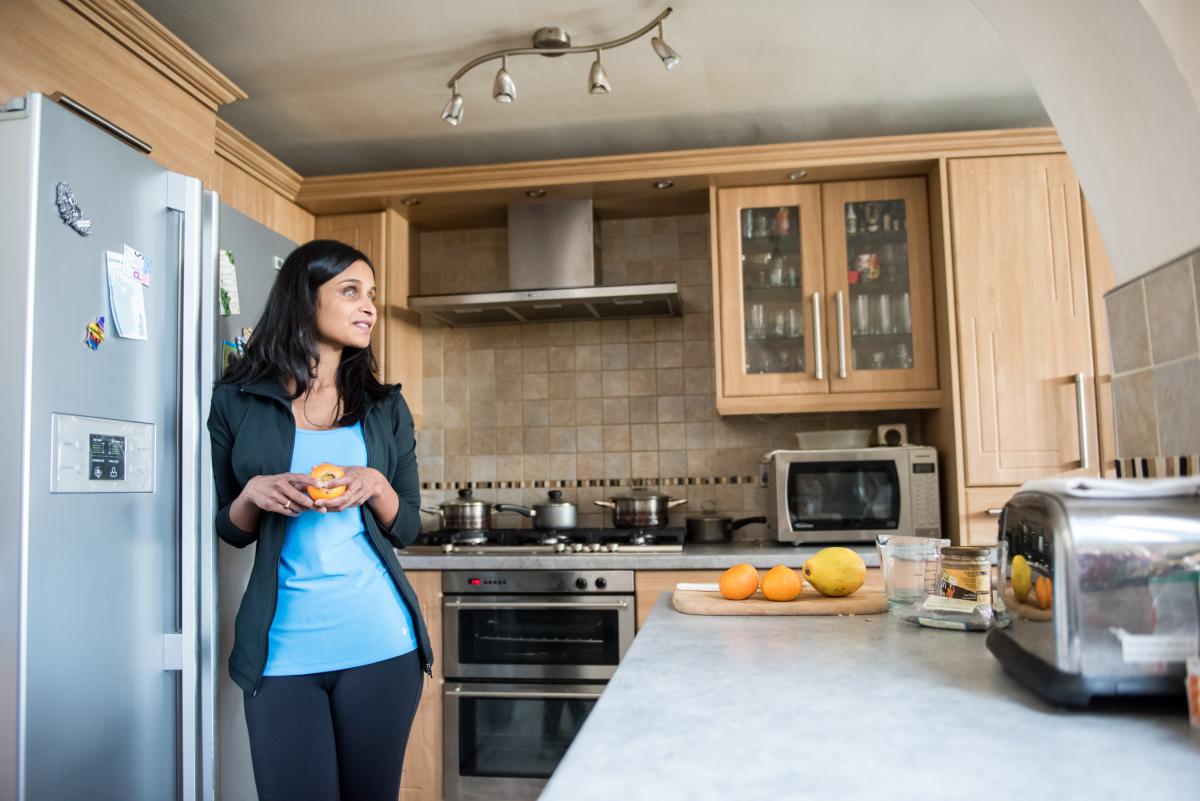 It wasn’t until after 9/11 that indoor air research attracted funding. One program began supporting research into HVAC filtration systems in an effort to detect traces of biological weapons.

Biochemist Paula Olsiewski understood a complete lack of knowledge of baseline conditions inside a building would place first responders and others in a difficult position if they were unable to detect biological threat.

With so few specialists in the area, she developed a team of 20 research groups from 13 universities. Then she launched HOMEChem (House Observations of Microbial and Environmental Chemistry).

The HOMEChem experiment took place in June 2018, during which the researchers attempted to identify the most crucial aspects of pollutants controlling the indoor environment.

The test house was a 1,200 square-foot prefab home that had been on the University of Texas campus since 2006.

The scientists devised a schedule to mimic real-life activities, including cleaning, cooking and simply hanging out.

These became a series of controlled experiments during which they used state-of-the-art instruments to measure air quality.

Early in the experiment they found the instruments, which had been designed for outdoor measurements, had to be re-calibrated to measure the higher concentrations building up inside.

Researchers are now struggling with the question of how outdoor air pollution, long linked to negative health effects, may decrease life quality and expectancy when the majority of people do not spend much time outside.

Several theories have been put forward and researchers are continuing to evaluate data and design studies to hopefully identify these links.

Katharine Hammond, an exposure scientist at UC Berkeley School of Public Health, commented on the results of the study, “The point of an experiment like this is that you start raising questions and figuring out how to go further into the detail.” 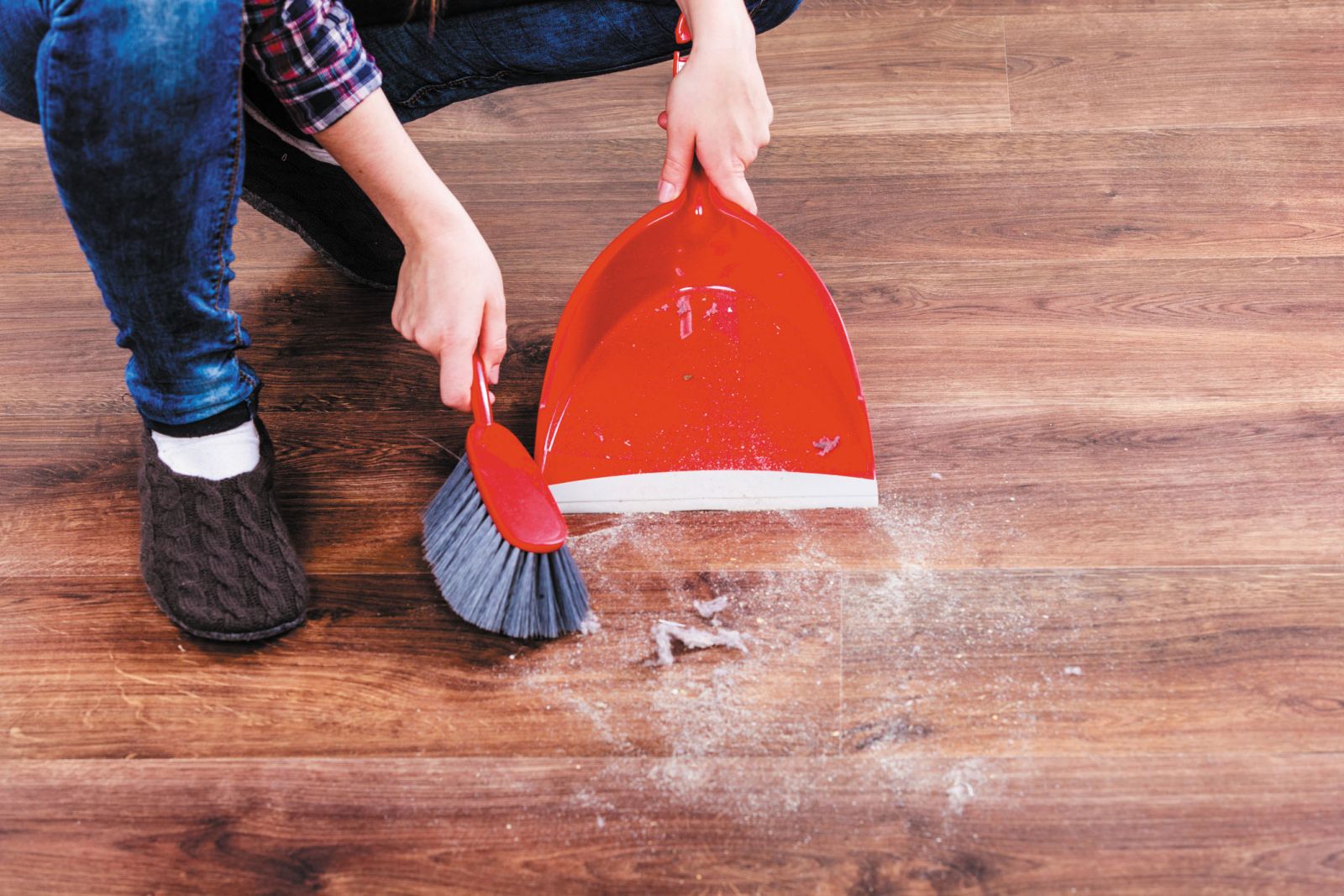 The impact of indoor air pollution is significant and may not yet be fully appreciated.

Researchers are finding you don’t have to be sick to experience the impact from polluted air, including short-term respiratory irritation or breathing difficulties.

The adverse effects on your health will depend on the type of pollutant, concentration and the length of your exposure.

During high air pollution days, whether indoors or out, you may experience aggravation of any current cardiovascular or respiratory illness and an added stress to your heart and lungs.

Long-term exposure to polluted air may permanently accelerate aging in your lungs and reduce your lung capacity, as well as exacerbate or trigger the development of illnesses such as asthma, emphysema and bronchitis.

Those Who Are Most Susceptible Have A Past Medical History…

Pregnant women, older adults and children under 14 are also at higher risk. In 2013, the World Health Organization classified outdoor air pollution as carcinogenic to humans.

As researchers learn more, can the classification of indoor pollution be far behind?

The Environmental Defense Fund reports air pollution is responsible for 6.4 million deaths each year, of which 600,000 are children.

Evidence also suggests air pollution is associated with an increased risk of dementia, diabetes and autism. 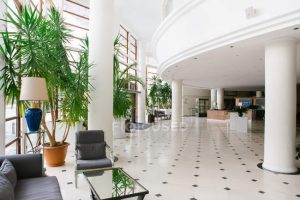 Although the benefits of reducing indoor air pollution may be less significant than previously thought, keeping plants indoors does have other benefits.

You don’t need to be a psychologist to understand living plants look attractive. However, you’ll enjoy even more by having plants in your home.

According to a study published in the Journal of Physiological Anthropology, having active interaction with plants, such as smelling or touching them, may reduce psychological and physiological stress.

While a walk in the park will accomplish the same thing, most spend a great deal of time indoors, so adding house plants may be beneficial.

Plants also act as a natural humidifier as they release moisture through their leaves.

However, if you have children or pets, be sure the plants you bring home are safe.

In one study, researchers found potted plants and flowers in your immediate work space may substantially improve your creativity and problem-solving skills and would improve concentration and boosted feelings of well-being by 47% at work.

Interaction with greenery and nature may also have a positive effect on your cardiovascular system. Also on your blood pressure, increase attentiveness, productivity, and raise job satisfaction.

While the number of potential indoor pollutants is large, there are several things you can do to reduce the air pollution in your home and reduce your health risks.