Unclog Arteries Fast With 10 Foods You Should Eat Daily 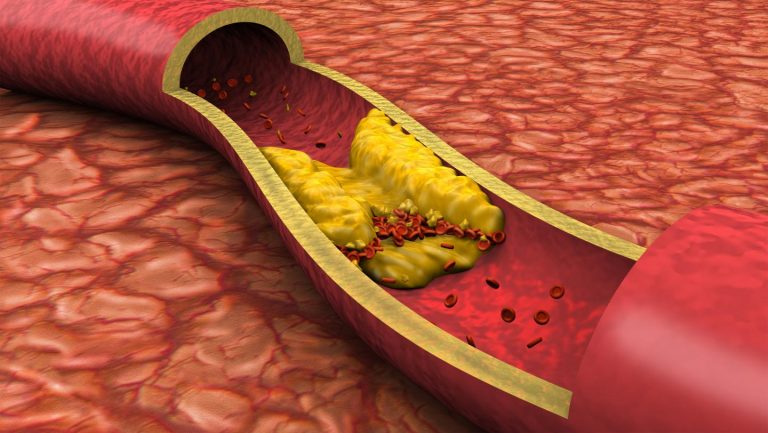 Insanely Handsome Super Foods You MUST Have To Unclog Arteries Fast

Heart disease is the number one killer worldwide, yet there is little emphasis on disclosing tons of available proven strategies to unclog arteries fast, easy and inexpensively.

As a result, the other day my dad went to see his doctor. My dad was scheduled to receive results from his latest blood test, but they didn’t turn out as he had hoped.

The doctor told my dad that he had high cholesterol. A previous test had revealed he also had high blood pressure.

High vascular resistance, low vascular elasticity due to lack of electrolytes cause high blood pressure and are contributors toward clogged arteries.

Your arteries are blood vessels responsible for the transportation of oxygen-rich blood from the heart to the rest of the body.

A normal artery will be strong, flexible, and elastic.

On the other hand, progressive clogging of the arteries is a serious condition leading to atherosclerosis.

In the U.S. alone, cardiovascular disease is the leading cause of death, claiming approximately 600,000 lives every year.

It is also a silent killer since the condition does not cause any symptoms.

That is until the problem becomes more severe.

How To Unclog Arteries Fast: Symptoms of Blocked Arteries 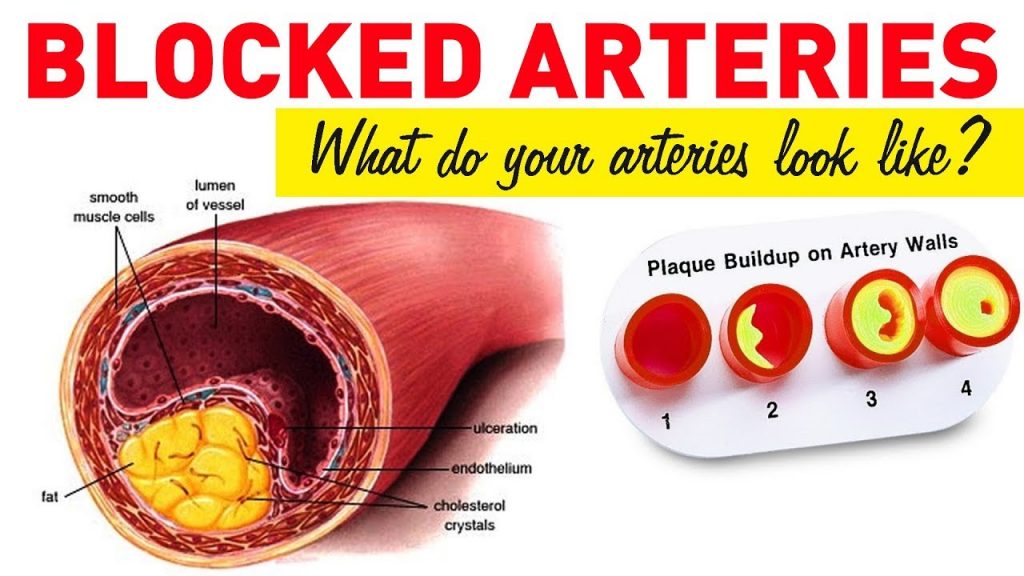 The symptoms of clogged arteries likely depend on the type of arteries being affected. 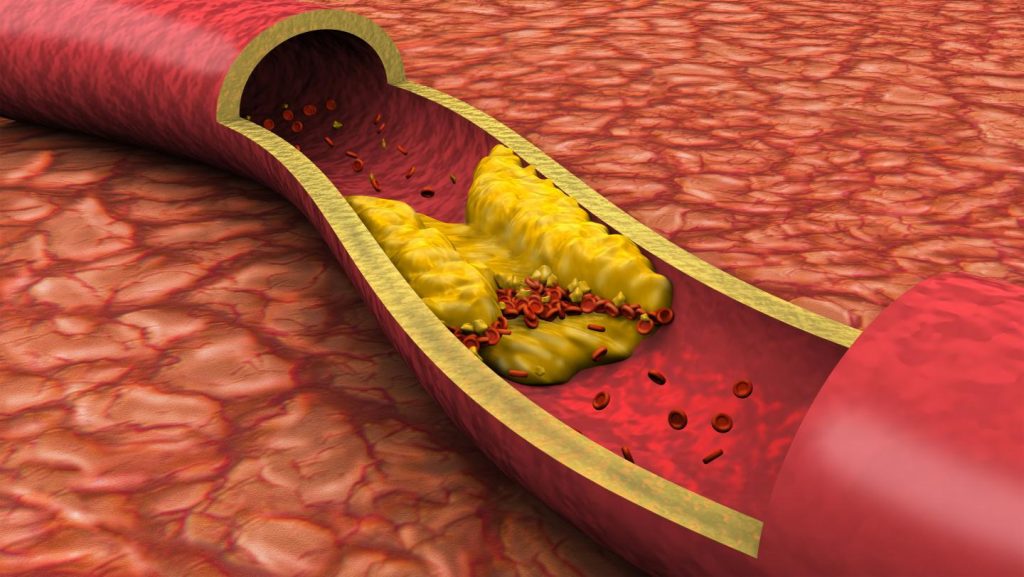 Atherosclerosis is often referred to as the hardening, thickening, and narrowing of the arteries.

A thin layer of endothelial cells that help keep the inside of your arteries smooth and toned lines your arteries.

This process allows your blood to keep flowing.

However, several factors will damage the endothelial cells, including platelet cells, increased homocysteine levels, and free radicals from toxins and antioxidant deficiency.

Also, vitamin C deficiency and homocysteine will damage the arteries from degradation of a gel-like substance called the ground substance.

It is in between the cells and helps maintain the integrity of the epithelial cell barrier.

The plaque will accumulate when various substances are unable to migrate out of the atherosclerotic lesion.

A material involved in blood clotting called fibrin builds up when arteries are clogged.

While the exact cause of clogged arteries is a mystery, evidence shows that atherosclerosis is a complex and slow condition that may begin in childhood and develop as you get older.

Other contributing factors of atherosclerosis are lack of exercise, being overweight, a type-A personality, heavy metal exposure, elevated triglycerides, and chronic inflammation from diseases, infections, lupus, or arthritis.

Atherosclerosis is also the result of oxidative stress through depletion of vitamin C or other antioxidants.

Nutrient deficiencies or imbalances may also lead to atherosclerosis.

They may include magnesium, potassium, fibre, antioxidants, and methyl donators.

Your doctor may prescribe cholesterol-lowering drugs like statins drugs, or beta-blockers that lower blood pressure.

These will help slow the progression of plaque buildup (not without their serious side effects).

However, there are also plenty of well-researched foods that can prevent clogged arteries naturally instead:

1. Curcumin (in Turmeric), A Major Contributor To Unclog Arteries Fast 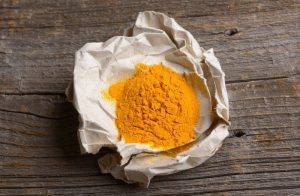 Turmeric is a popular spice used in Indian and Ayurvedic cooking, but its true benefit comes from one active ingredient.

The primary polyphenol in turmeric called curcumin has long been known for its cardio protective effects.

Turmeric extract reduce LDL cholesterol and the buildup of plaque in the arteries.

In a 2011 study published in the journal Molecular Nutrition & Food Research, researchers found that turmeric could reduce cholesterol and suppress early atherosclerotic lesions better than the cholesterol-lowering drug lovastatin. 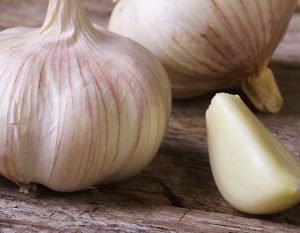 Garlic is also considered one of the better foods that support your arteries.

In a study published in the journal Atherosclerosis in 1999, researchers found that garlic could prevent plaque buildup in the arteries.

A review published in the journal Nutrition in 1997 found that clinical trials on garlic had positive effects in the prevention and treatment of atherosclerosis.

Another study from 1999 also found that garlic can reduce the risk of stroke and heart attack by more than 50%.

Garlic helps against strokes and heart attacks since garlic acts as a blood thinner. 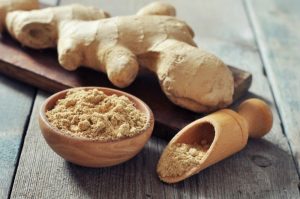 According to a study published in the Journal of Nutrition in 2000, researchers found that ginger extract could reduce aortic atherosclerotic lesion areas, cholesterol and triglycerides in the blood, LDL-linked fat peroxides, and LDL aggregation. 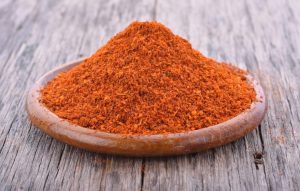 Something spicy can also help support your arteries.

The compound capsaicin found in cayenne pepper can help reduce LDL cholesterol in the blood.

Cayenne pepper can also lower your risk of stroke and heart attack, and improve blood circulation.

A study published in 2009 found that capsaicin could help prevent pulmonary and vascular complications associated with HAART drugs. 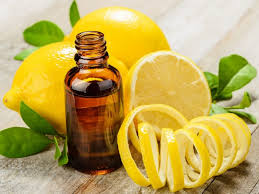 Adding lemon juice in your morning water is a healthy habit and good for your heart.

Lemons are also a great source of the potent antioxidant vitamin C. 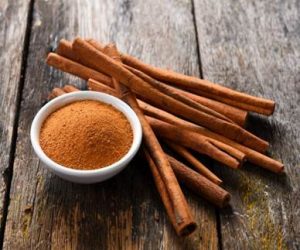 Cinnamon can help reduce many risk factors associated with atherosclerosis and heart disease.

A 2003 study published in the journal Diabetes Care in 2003 found that either one gram, three grams, or six grams of cinnamon daily can lower glucose, triglycerides, LDL cholesterol, and total cholesterol in type 2 diabetics.

The study observed 60 diabetics for a 40-day period.

Researchers concluded that cinnamon can help reduce the risk factors of cardiovascular disease. 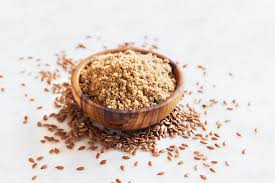 It is also a good source of alpha-linolenic acid, an omega-3 acid that can lower inflammation and blood pressure.

In turn, arteries will not become clogged. In a 1997 study published in the journal Atherosclerosis, researchers found that flaxseed lowered the development of aortic atherosclerosis by 46% in rabbits.

Also, it is a good idea to grind your flax seed. They contain greater amounts of omega-3.

On the other hand, the polyunsaturated fats in pre-ground flax seeds will break down over longer exposure to oxygen, and it can become rancid. 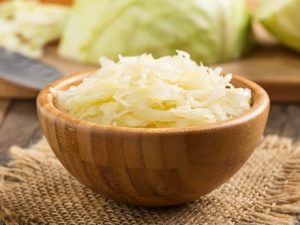 Kimchi is a popular probiotic Korean recipe that includes fermented cabbage and hot peppers that has been found to slow the atherosclerotic process.

A 2007 study published in the Journal of Agricultural and Food Chemistry found that an active compound in kimchi called 3-94-hydroxy-3,5-dimethoxyphenyl can help prevent the development of aortic atherosclerosis in high-cholesterol-fed rabbits.

Fermented cabbage has also found to degrade toxic chemicals, including bisphenol A and the insecticide chlorpyrifos. 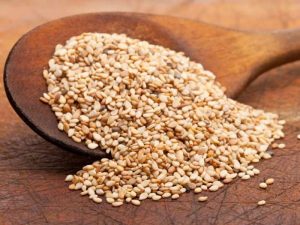 A three-month animal study published in the Journal of Medicinal Food in 2006 suggests that the fatty acid content in sesame oil could effectively inhibit atherosclerosis lesion formation, blood cholesterol, triglycerides, and LDL cholesterol levels in mice. 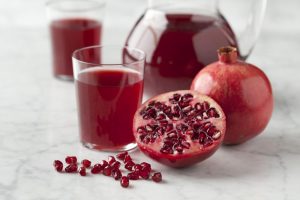 The high antioxidant content and punicic acid in pomegranate juice are thought to help decrease plaque formation and fight atherosclerosis.

In a randomized, double-blind, parallel study published in the American Journal of Cardiology in 2009, researchers found that drinking 240 millilitres (ml) of pomegranate juice daily for up to 18 months slowed the progression of carotid artery disease for patients at risk of coronary health disease.

How To Unclog Arteries Fast: Other Natural Remedies for Clogged Arteries

Dietary supplements and nutrients that can help with atherosclerosis include methyl donators like vitamin B6, choline, folic acid, and vitamin B12, as well as antioxidants, such as vitamin C, vitamin E, lutein, zeaxanthin, grape seed extract, and pine bark extract.

Finally, exercise is considered just as important as dieting for cardiovascular health. Exercises that reduce stress are important, including meditation, yoga, tai chi, and qigong.

Exercise for about 30 minutes daily for five days a week.

This information is not intended to be a substitute for professional medical advice, diagnosis or treatment and is for information only. Always seek the advice of your physician or another qualified health provider with any questions about your medical condition and/or current medication.

Do not disregard professional medical advice or delay seeking advice or treatment because of something you have read here.