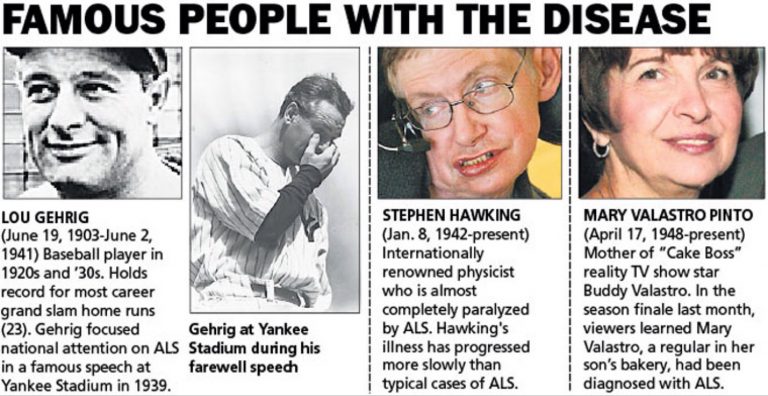 The Lou Gehrig’s disease cause is still unclear within the medical community nowadays, nonetheless this illness keeps striking at a relentless pace around the world.

In 2014, the Ice Bucket Challenge went viral in social media.

Many people, including celebrities and known personalities like Oprah Winfrey, LeBron James and Steven Spielberg dumped buckets of ice and water over their heads with a goal to promote awareness of Amyotrophic Lateral Sclerosis (ALS), also known as Lou Gehrig’s disease, and encourage donations for research.

The challenge garnered $115 million in donations in a span of two months, tripling the ALS Association’s budget for research.

But in spite of the out pour of financial support, not everyone may have understood what the initiative implied or what ALS is.

Learn more about Lou Gehrig’s disease cause, symptoms, treatments and how you can reduce your risk of this disease by reading this article.

What Is Lou Gehrig’s Disease? 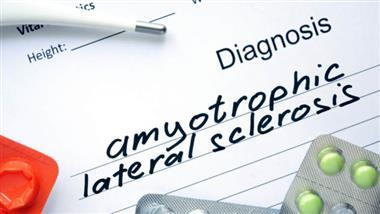 These nerve cells connect from the brain and spinal cord to different parts of the body and they control voluntary muscle movements that allow you to walk, breathe, talk and chew.

When you have Lou Gehrig’s disease, these neurons deteriorate, leading to the weakening of muscles and loss of movement control.

This disease’s clinical and pathological features were first described by Jean-Martin Charcot, the father of neurology, in a series of lectures in the 1860s and 1870s.

His essential contribution is the reason why this disease is sometimes referred to as Charcot’s disease.

The name Lou Gehrig’s disease, on the other hand, was derived from Lou Gehrig, a New York Yankee player in the 1920s and ’30s.

He experienced loss in motor control, a symptom of ALS, and was forced to retire in 1939 because of his condition.

Studies have found that people between the ages of 40 and 70 are the ones most at risk of developing Lou Gehrig’s disease.

A 2016 study projected that there may be a 69% increase in the number of Lou Gehrig’s disease cases over the next 25 years due to aging.

Lou Gehrig’s disease is not contagious but it may lead to death because of respiratory failure.

The life expectancy of a person with this disease is about two to five years from the time of diagnosis, but in some cases, they live beyond this range.

Similar to cancer staging, this approach considers the clinical spread of disease to ascertain its progression. Here are the stages:

This approach considers the differences in a person’s functional capabilities as the disease spreads. And these are the stages:

Second Stage — Loss of independence in one domain

Lou Gehrig’s Disease Cause: Is This Disease Hereditary? 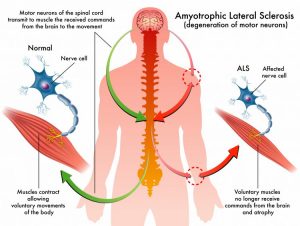 Lou Gehrig’s disease may be considered sporadic if it occurs in people with no family history of this disease.

On the other hand, 5% to 10% of ALS cases, show hereditary trends, in which two or more people in a family have this disease.

More studies must take place to confirm its main cause, but some studies displayed that it may be hereditary, leading to familial ALS.

The causes of sporadic ALS are also unknown, but numerous factors are considered, including:

Here are other factors that may increase your risk for Lou Gehrig’s disease:

•Smoking — A 2010 study suggested that women may have a higher risk of Lou Gehrig’s disease if they are smokers.

Formaldehyde, which is a component in tobacco smoke, may also be associated with this risk.

•Military service — An ALS Association meta-analysis found that veterans who served in wars in Iraq and Afghanistan have a higher risk of acquiring this disease.

These service persons usually experience exposure to burning agents, but not all military personnel have this risk, because it may be specific only for certain service periods.

•Lead exposure — A 2002 study found that lead exposure may increase your risk of Lou Gehrig’s disease.

A separate study suggests that its onset may be triggered by the transfer of lead from the bones to the blood.

•Genetics — In 1993, mutations in the SOD1 gene showed links to familial ALS.

Studies involving genetic mutations suggest that the decline in motor neuron functions in ALS may be due to the changes in the processing of RNA molecules, which are responsible for gene regulation and activity.

Lou Gehrig’s Disease Symptoms You Should Look Out For 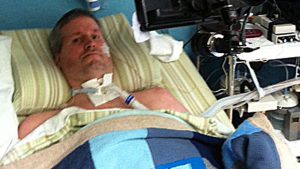 The onset of Lou Gehrig disease symptoms usually occurs between the ages of 50 and 65.

Symptoms emerging from the arms are limb-onset ALS, while speech and swallowing functions are called bulbar onset ALS.

However, they are aware of these symptoms because they retain their ability to remember, understand and solve problems.

As a result, they may develop depression.

These symptoms may worsen over time because Lou Gehrig’s is a progressive disease. 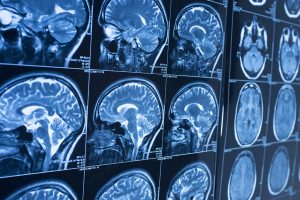 There is no cure for Lou Gehrig’s disease yet, but rehabilitation is essential to help maximize a person’s functions and their quality of life.

This process may help them manage their symptoms and do things independently.

A rehabilitation team may consist of a combination of different health care specialists and medical professionals:

Here are things to consider for the rehabilitation of a person with Lou Gehrig’s disease:

•Use of adaptive equipment

A person with this disease may experience difficulty in turning knobs, handling food, opening cans and writing.

Remember to consult an occupational therapist to know the most effective devices that are helpful for people with ALS and to avoid unnecessary expenses for impractical devices.

A consultation with  a physical therapist is paramount for proper advice and assistance.

A person with ALS may experience difficulty in speaking and swallowing, so speech therapy is essential to help develop communication techniques, especially if oral communication may not be possible anymore.

Augmentative and alternative communication (AAC) devices are used as well to help with daily functions and decision-making tasks.

An impaired respiratory function is the most common cause of death of people with Lou Gehrig’s disease.

This type of breathing support may help maintain oxygen and carbon dioxide levels in the body, especially when respiratory functions have declined.

If a person with ALS experiences fatigue, they must conserve their energy by taking frequent rests and avoiding strenuous activities.

•Use of walking aids

Walking properly may become a chore because of weakened limbs.

A therapist may recommend canes, crutches and walkers to promote safety and independence when walking or moving around.

Canes are usually used during the early stages of this disease.

Walkers have base supports that may help with stability, but they also may become tiring to lift when walking.

Prevention: Is There a Way to Shun This Disease? 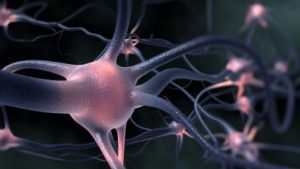 This study involved men with low levels of this nutrient, who took supplements for five to eight years.

A 2012 Annals of Neurology study found that consuming carotenoid-rich foods may help reduce your risk of this disease as well.

Here are some foods that contain this nutrient:

When buying these foods, make sure that they are organic. Indeed from organic sources to reduce your risk of toxic chemicals and pesticide ingestion.

Lou Gehrig’s Disease Diet: What to Eat and What to Avoid

At least 15% to 55% of people with Lou Gehrig’s disease lose weight because of their difficulty in swallowing, which lowers their calorie and protein intake.

A 2013 study found that they may also lose their appetite, leading to malnutrition which is usually present in up to 50% of people with Lou Gehrig’s disease.

Thus, nutrition is rather important. Here are foods that may provide beneficial effects against Lou Gehrig’s disease:

A 2006 animal study found that epigallocatechin gallate (EGCG), an antioxidant found in green tea, may help slow down the onset of this disease and may help prolong affected people’s life span.

A Journal of the Neurological Sciences animal study found that ginseng root may help minimize the symptoms of ALS.

It helps stimulate nerve growth factor and its high affinity receptor in the brain, which trigger and control nerve growth, resulting in improved learning and memory and lower risk of neuronal death.

Chewing or swallowing food may be difficult for most people with this disease, so remember to avoid the following foods:

In addition, a Biomed Research International study found that following a ketogenic diet may help boost and restore the mitochondrial function of a person with Lou Gehrig’s disease, as with other neuro-degenerative diseases like Alzheimer’s and Parkinson’s.

The ketogenic diet focuses on the consumption of low amounts of carbohydrates, moderate amounts of protein and high amounts of fat.

This helps the body use healthy fats as fuel instead of carbs to produce energy, which may help regenerate your mitochondria as well.

You may read the article “A Beginner’s Guide to the Ketogenic Diet: An Effective Way of Optimizing Your Health” to learn how to apply this diet to your lifestyle.

Using a suction device may help remove excess fluid or saliva as they eat, but if a person with this disease can no longer swallow or chew, it may be advised to use a feeding tube, which is inserted into the stomach.

This may help reduce the risk of choking and pneumonia, which is caused by inhaling liquid into the lungs.

Q: How do you get Lou Gehrig’s disease?

A: The main cause of Lou Gehrig’s disease is unknown. But some studies found that it may be hereditary, leading to familial ALS. Sporadic ALS, on the other hand, may be caused by several factors, including mitochondrial dysfunction, oxidative stress, neuron damage, inflammation, apoptosis or programmed cell death, smoking, lead exposure and genetics.

A: It is said that 5% to 10% of Lou Gehrig’s disease cases are hereditary, in which two or more family members have this disease.

A: A 1993 study found that familial ALS may be linked to genetics, particularly to the SOD1 gene. Some studies suggest that the decline in motor neuron functions in ALS may be caused by the changes in RNA molecule processing, which is responsible for gene regulation and activity.

Q: What does Lou Gehrig’s disease do to your body?

A: If you have Lou Gehrig’s disease, your neurons will deteriorate, resulting in the weakening of muscles and loss of movement control. It may affect your respiratory function as well, leading to death.

Q: Do ALS symptoms go away?

A: No. ALS is a progressive disease, meaning, your symptoms may worsen over time.

A: Yes. Its symptoms progress over time and lead to death.