Kombucha Benefits: Including Gut Health, Immunity, Cancer-Fighter, And Even Helps With Weight Loss? 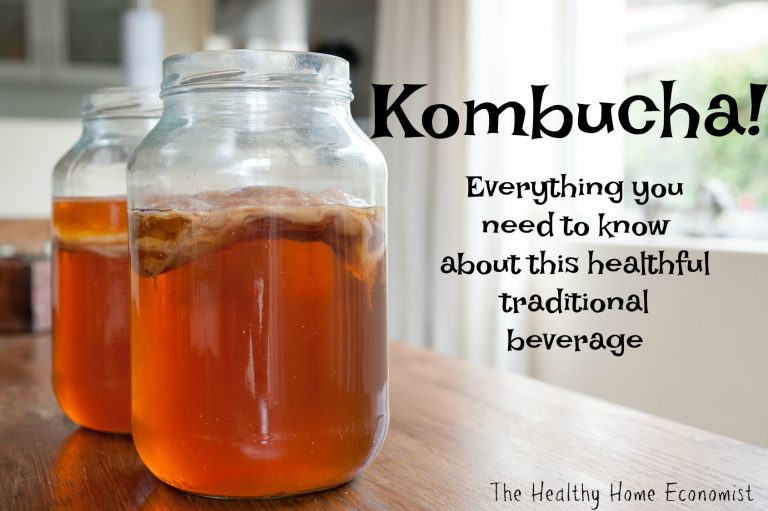 The Discovery Of These Mind Blowing Kombucha Benefits Will Make You Raise Your Eye Browses!

That’s right. The latest health industry revelations about the amazing kombucha benefits are driving loads of health conscious people to their nearest health store to get hold of this miracle drink.

I actually fell in love with the tangy, sweet/sour, bubbly awesomeness about ten years ago. And I became  addicted ever since.

Barely a day goes by when I don’t pick up a bottle or pour myself a glass from my home brew.

It has an amazing taste. And really does make you feel happier and energetic—almost immediately

Kombucha has had quite a surge in popularity lately. And there are now several brands (depending on where you shop) to choose from.

Depending on what you read or who you talk to, kombucha has been attributed with health benefits. They range from clearing up acne to curing cancer, but many of these are unsubstantiated thus far. 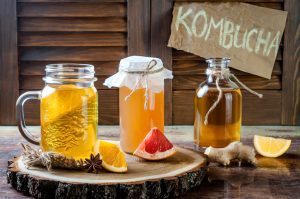 The Chinese called it an “immortal health elixir”. Because it’s fermented, you get billions of powerful probiotics in your system when you drink it.

Kombucha comes from black and/or green tea, water, and sugar.

During fermentation, the bacteria and yeast in the SCOBY actually ‘eat’ up most of the sugar and part of the caffeine. This way creating vinegar and other acidic compounds, with trace amounts of alcohol, and gases that make it carbonated.

The Colony Of Friendly Bacteria That Ferments The Tea…

…looking like a giant mushroom is called a “SCOBY” which stands for “symbiotic culture of bacteria and yeast”.

This blob is a biochemical powerhouse that produces amino acids, enzymes, polyphenols (antioxidants), antibiotic type substances, and a whole array of phytochemicals that are beneficial to your health.

Kombucha has been scientifically studied for its ability to:

But many of these claims have not yet been backed up with conclusive scientific evidence on humans.

In research published in the Journal of Medicinal Food 2014, researchers from the University of Latvia did say the following about the genuine health benefits of kombucha:

“It is shown that kombucha can efficiently act in health preservation and recovery due to four main properties: detoxification, anti-oxidation, energizing potencies, and promotion of boosting immunity.” 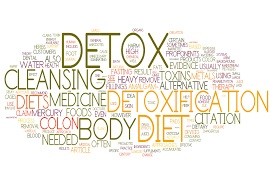 Kombucha is known for its detoxing capabilities, especially in the liver. One study reported that kombucha could actually decrease levels of toxins known to cause liver damage.

Another study of kombucha on animals showed similarly decreased levels of certain toxins that we know to cause liver damage.

And one other study evaluated toxicity, anti-stress capability, and liver-protective properties on rats with very favorable results.

Kombucha can overcome ‘Bad’ bacteria and yeasts. Since kombucha contains acetic acid, similar to vinegar, it appears to have strong anti-fungal and antibacterial properties.

Particularly against infection-causing bacteria, and harmful yeasts, like Candida.

Some people may avoid kombucha because it contains yeast. But the important thing to know is that kombucha contains beneficial yeasts and bacteria.

They help to crowd out and cut off the harmful pathogens, like candida, in the body. 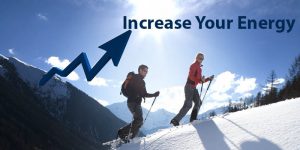 Kombucha has the ability to invigorate and energize people.

This is one of the reasons I have always loved drinking kombucha. It’s very energizing! This energizing effect is from the formation of iron and B vitamins. Both are created from the black tea during fermentation.

The iron from the tea helps to boost hemoglobin in the blood. This improves oxygen in the body’s tissues, which in turn, is very energizing.

There is a small amount of caffeine left in the tea, depending upon fermentation time. But generally most of this caffeine swallows up in the fermentation process.

I personally think the energizing feeling that comes from kombucha, is from ingesting the raw cultures and live enzymes as well. 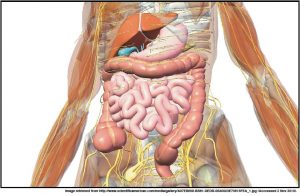 Kombucha’s high levels of acid, probiotics and live enzymes aid in digestion and are especially helpful if you have any type of digestive disorder like leaky gut, irritable bowel disease, celiac disease, food allergies, and imbalances due to things like a poor diet or previous antibiotics.

Kombucha is also naturally high in live enzymes that help the digestive process.

Kombucha helps to repopulate the digestive system with beneficial bacteria and yeasts protecting it from the more harmful types that may exist in the gut.

One thing to note about kombucha. Depending on your current health and the health of your gut, you may actually feel worse the first few times you ingest kombucha.

This is because of a ‘die-off’ reaction from the harmful pathogens that may live there. This is a good thing! 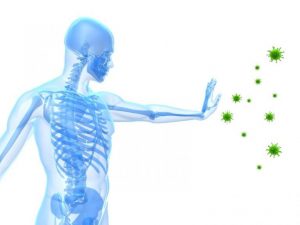 Because kombucha is naturally high in antioxidants and probiotics, it helps to support and strengthen the immune system.

Scientific studies show probiotics’ power in fortifying the immune function. And since a large portion of immune function is a result of gut health, it only makes sense to be sure to keep the digestive tract supplemented with a wide variety of beneficial bacteria.

Kombucha also contains massive antioxidants like D-saccharic acid lactose (DSL). These are the results from the fermentation of the tea. DSL has this great ability to detoxify cells. 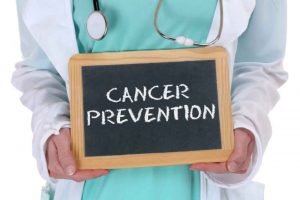 Much has been written and studied about cancer prevention and kombucha.

A study published in Cancer Letters found that consuming glutamic acid found in kombucha reduced the risk of cancer in humans, as well as the antioxidant, DSL.

In test-tube studies, kombucha helped prevent the growth and spread of cancerous cells. This is due to its high concentration of tea polyphenols and antioxidants.

Scientists theorize that the DSL and the vitamin C that you find in kombucha are its primary oxidation weapons. They help protecting against inflammation, tumors, and overall depression of the immune system.

As you may know, immune function is one of the body’s main protection systems against most cancers. 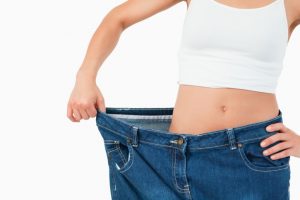 Evidence shows that kombucha can improve and speed up metabolism (partially due to the small amount of caffeine it contains).

Since kombucha is high in acetic acid (similar to apple cider vinegar), probiotics, and polyphenols, it can help with weight loss through various mechanisms. This including through improved digestion and nutrient absorption.

Important to note however: sugar content in kombucha can vary widely, so be sure to check label for lowest sugar content.

Home brewed versions have less sugar the longer time they ferment, and more acetic acid, making them ideal for weight loss and other health benefits.  With that said, most brands of kombucha only range from 2 grams of sugar to 7 grams of sugar per 8 oz.

This is very small compared to 30-40 grams of sugar in most soft drinks.  Therefore, there is very little blood sugar impact from kombucha, which is great. 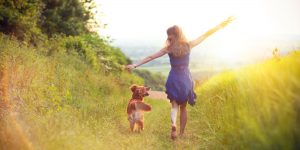 Kombucha has been known as a mood booster, helping to alleviate both anxiety and depression.

Although the exact mechanism of this is unknwn, it is most likely due to a combination of the antioxidants in the tea, the polyphenols (green tea is known to be high in these as well), and the beneficial bacteria.

Medical research is discovering a direct link between gut health and mental health—primarily anxiety and depression.

When healthy bacteria, in the form of fermented foods, enter the digestive system on a regular basis, they help to restore the delicate balance of the gut micro biome.

Serotonin is a natural brain chemical that controls and stabilizes your mood and functions in your brain.

Since your gut produces about 95% of your serotonin, keeping your gut healthy and ‘well fed’ with beneficial bacteria and yeasts should help boost your moods.

What About The Probiotics? 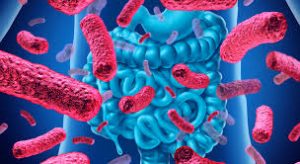 What exactly are the beneficial bacteria found in kombucha?

In an article published from the Journal of Food Microbiology, it was found that the following probiotics are generally found in kombucha—although the actual amounts and types of organisms in the culture can vary widely, based on geography, preparation, temperature, climate, local bacteria in the environment, and yeasts present.

Including The Fizz And Its Somewhat Unique Flavour

And if you see funky looking things floating around in your kombucha, don’t worry about it—just drink up—it’s little colonies of healthy yeast and bacteria.

Other, not so beneficial organisms have been found in some cultures as well, and if you are making your own brew, you need to be very careful to keep everything touching the kombucha and the SCOBY very clean.

Penicillin, Asperigillus, and Candida are common invaders, and rarely, even more harmful bacteria can take up residence, but those cases are few and far between.

However, if you are pregnant or have a compromised immune system, it is probably best to avoid kombucha, since some of the yeasts and bacteria may be more harmful to a weakened immune system than good.

How Do You Know If Your Home Brewed Kombucha Has Unhealthy Molds?

It’s pretty easy to spot. It usually looks very similar to the mold that you would see growing on bread, fruit or cheese.

Green, black, or gray—and fuzzy. Just be sure to dump everything if you see mold on it, and start over with a new SCOBY.

At over $3 a bottle, buying a kombucha from the store every day can get expensive, so like me, you may want to make your own.

Making it at home, as long as you adhere to very clean standards and avoid contaminating it. This creates the freshest kombucha with the most active enzymes and ingredients.

Commercially prepared kombuchas lose many of their antioxidants when stored for long periods of time, and some varieties have far less beneficial bacteria in them.

Here is my own recipe for basic kombucha:

Be sure your kitchen and utensils are all very clean. Just to be sure, I rinse all of mine under very hot water.

Bring water to boil in a large pot. Once boiling, remove from heat and add teabags and sugar and let it steep, stirring occasionally with clean spoon to dissolve sugar.

Remove and discard tea bags after about a half hour or so.

Let mixture cool to room temp—do not pour boiling hot tea over SCOBY or you may kill the live bacteria and yeasts.

When cool, add to jar with an equal amount of filtered water.

Add SCOBY and cover with clean cloth and rubber band to secure it. Do not add a lid as the fermentation will build up and could explode it!

Allow the tea to sit for 7-14 days. Less time produces a tea with more sugar and caffeine.

More time creates a more sour, fizzy brew, but it will be full of antioxidants, enzymes and probiotics.

Much depends on the temperature and storage of the tea.